A scorecard on Trump’s failures

For Donald Trump, “surviving at the top” hasn’t always been easy. Not all of his business ventures have been big hits like Trump Tower or “Celebrity Apprentice.”

We recently took a look at many of Trump’s , and now we turn our attention to some of his faux pas. Since Trump has made success a key part of his campaign for president and it’s inherent in his lucrative brand, Trump’s failures in the business world are fair game.

There was the Monopoly-style board game Trump: The Game; Trump Super Premium Vodka; and Trump magazine, none of which became big consumer hits. There was also luxury-travel booking site gotrump.com, which folded just after a year, in 2007. Today the site directs visitors to his campaign.

Below are some more, notorious examples where The Donald was not quite able to “make it happen.”

Trump began buying up casinos in Atlantic City in the late 1980s, but eventually some casino holdings became a four-bankruptcy foray, for which Trump has spoken about and made no apologies for on the campaign trail.

Trump Entertainment Resorts filed for bankruptcy court protection again in 2014 and only recently emerged from that bankruptcy. But by the time of the 2014 filing, it was no longer controlled by Trump — he gave up control around the time of the 2009 Chapter 11 proceedings.

“Trump did, by all accounts, make a lot of money for himself in Atlantic City,” Philadelphia magazine concluded last year. “But a lot of regular people lost money investing in his casinos.”

In January a Saudi prince trolled Trump on Twitter for having had to bail out the developer twice in the early 1990s. Prince Alwaleed bin Talal, an active investor in U.S. markets, said he had bought Trump’s yacht and the Plaza Hotel in New York in deals with Trump’s banks.

Trump paid between $400 million and $425 million for the Plaza in 1988, which he described as one of the world’s trophy properties. By 1995, Alwaleed and other investors took over the mortgage, which was in arrears due to missed interest payments. The deal left Trump with a small, non-controlling stake. He had previously reduced his stake to 51 percent in exchange for other concessions from his banks. The Trump Organization’s own website says simply that Trump sold the hotel to the prince and other investors for $325 million.

Flush from his early scores on deals such as New York’s Grand Hyatt and Trump Tower, Trump went bottom-fishing when he bought assets of the old Eastern Airlines shuttle in 1988 to form Trump Air. For $380 million financed by 22 banks, he purchased routes between New York and Washington and Boston and set out to remake the utilitarian shuttle in his own gilded image, adding gold and chrome-colored fixtures and introducing kiosk-based check-ins and laptop computer rentals.

Trump Air lasted less than two years before banks took it over. The Eastern Shuttle had already been losing ground to rivals like Amtrak and Pan Am Airways. In addition, a combination of fuel prices that spiked during the run-up to the first Persian Gulf War and the 1990 recession doomed Trump Air to failure. The banks eventually sold the shuttle to USAirways, which operated it as the USAirways Shuttle. Now part of American Airlines Group, it’s known as the American Airlines shuttle.

Bicyclists ride across from the Trump Place apartment complex on the Upper West Side of Manhattan in New York.
Jin Lee | Bloomberg | Getty Images

Trump’s massive redevelopment plan for Manhattan’s West Side, from 59th Street to 72nd Street, played a leading role in wiping out his fortune — on paper, at least — in the late 1980s and early 1990s.

Trump envisioned a $4.5 billion complex — anchored by a new headquarters for the NBC Television network, other office space and apartment buildings — financed with the help of a $700 million tax abatement from the city. But talks on the tax break with then-mayor Ed Koch, a personality nearly as salty as Trump, broke down in a blow to Trump’s dealmaker image. Trump turned down a 1989 offer to sell the site for $550 million, a hefty profit on his $115 million purchase price. In 1994 his banks forced a sale to Hong Kong investors for $82 million, plus assumption of $250 million in debt, O’Brien wrote.

Trump retained an interest in the project, and some of the 16 apartment buildings eventually built there carry his name. According to O’Brien, the money he turned down would be worth $1 billion now after inflation, let alone investment returns.

Late in the housing boom, Trump decided that 2006 was a “great time” to start a mortgage company. “The real estate market is going to be strong for a long time to come,″ he told CNBC.

The company never came near its much touted sales targets and closed in 2007, even before the real estate bust, The Washington Post reported last month. It has faced a handful of lawsuits from creditors and former employees who say they were not paid, the Post said. Trump has blamed the manager he hired to run the business, whom the Post reports exaggerated his credentials.

Community organizer Vicente Mayorga, far left, holds a sign as he joined other immigrants outside Macy’s Herald Square flagship store Wednesday, July 1, 2015, in New York, where they encouraged other companies to follow suit and “dump Donald Trump” in the wake of comments the GOP presidential hopeful made in his campaign kickoff speech.
Kathy Willens | AP

Macy’s dropped Trump’s decade-old, mid-priced menswear line last summer following remarks he made about immigrants from Mexico. His statements sparked a petition with more than 700,000 signatures demanding the move. Macy’s CEO said he would have done the same for any other candidate. The chain, which had been the exclusive retail partner for the clothing line, had previously put out a statement calling Trump’s statements inconsistent with Macy’s values.

Trump’s run for president has been a success, but due to the extreme nature of some positions he has staked out, it could expose his brand to damage more widespread than the Macy’s flap. A survey of luxury-brand reputation found in December 2015 that the Trump brand “has lost the confidence of the people who can afford to stay at one of his hotels, play at one of his country clubs or purchase a home in one of his developments,” according to a Politico Magazine report on the survey, which was conducted by the BAV Consulting. “It is also rapidly losing its association with the gilded traits Trump has long promoted as the essence of his business.”

Nevertheless, Trump’s merchandise is still selling on his campaign website, and Trump menswear is still available on Amazon.

Donald Trump (background) speaks at a news conference announcing the establishment of Trump University, on May 23, 2005, in New York City.
Getty Images

In what may have sounded like another easy business opportunity (click back to Trump’s mortgage endeavor), especially during the rise of for-profit college sector, The Donald launched Trump University in 2005.

No real university — as in, accredited institute of higher learning — Trump U would give prospects Trump’s take on real estate success, delivered via audiotapes and weekend seminars held at hotels, which acted as sales pitches for programs costing thousands of dollars. Citing a series of consumer complaints about the university, later renamed the Trump Entrepreneurial Initiative under pressure from regulators who argued that it was misleading to call the real-estate seminars a university, the Better Business Bureau slapped a D-rating on the business in 2010. That same year, the university/initiative began to wind down operations.

According to the Bureau, Trump University’s rating was raised to A+ in 2013 because there had been no new complaints about it since 2010. As the BBB noted, however, the university was not active during most of that period. On Super Tuesday, a judge refused to dismiss a $40 million fraud case against the university brought by New York’s Attorney General’s office. Trump’s attorneys have called the suit politically motivated, like a class-action against Trump University in California, and claimed the business foundered because of the 2008 recession.

A display including Trump-branded wine, water and steaks is shown before a news conference by Republican presidential candidate Donald Trump at the Trump National Golf Club in Jupiter, Fla., on March 08, 2016.
Jabin Botsford | The Washington Post | Getty Images

Trump has gotten his back up about criticism of his line of steaks, which debuted in 2007 and were sold at The Sharper Image, which quickly pulled them after the chain “literally sold almost no steaks.″ He told CNN’s Anderson Cooper he still has a thriving meat business, selling steaks through his golf clubs and hotels. But the pile of “Trump Steaks” he displayed for reporters March 8 included one wrapped in plastic bearing the logo of a company called Bush Brothers. Trump acknowledged to CNN that his companies don’t actually produce meat, and didn’t claim to sell Trump-branded steaks outside Trump establishments.

Trump has told so many tall (or at least unverifiable) tales about his wealth that it’s hard to calculate a return on investment for his personal fortune over the last quarter century or more.

In 1976 he told The New York Times that he was worth more than $200 million. If that was true and his net worth is the $2.9 billion Bloomberg calculated last year, annual returns on his early wealth are only 7.1 percent, according to an Investopedia compound annual growth rate (CAGR) calculator. Today Forbes places Trump as the 121st-richest person in America, estimating his net worth at $4.5 billion. Based on Forbes’ claim, Trump’s annual return is about 8.3 percent. Over that time, the compound annual growth rate of the S&P 500 is 11.1 percent, including dividends, according to Yahoo Finance data.

Even Trump’s claim that he’s now worth $10 billion implies a return of just 10.5 percent on what he said he had four decades ago. If he’d bought $200 million in index funds in 1976, he’d have $12 billion minus investment-management fees. To be fair, beating the index is a win that over the years has eluded many top investors. In fact, Warren Buffett is way ahead in a $1 million bet he has made that, over a decade, the S&P 500 will beat a top list of hedge funds. 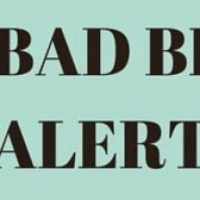 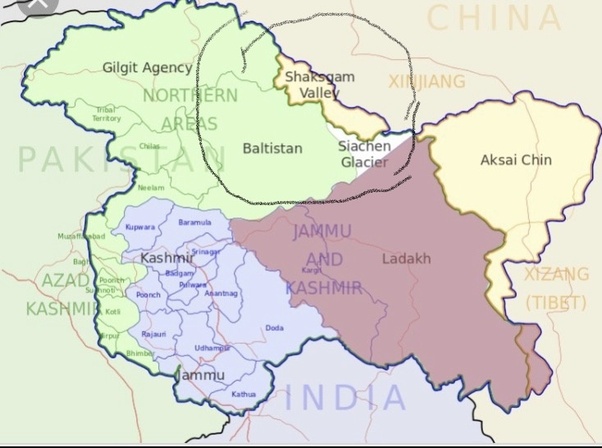